In the late 18th century, French astronomer Charles Messier created a list of all the bright, nebulous objects he could see in the night sky. These objects are known today as the Messier Objects. Totaling 110 galaxies, star clusters and nebulae, these objects represent the most visually striking things available to be seen by the amateur astronomer (once you exclude planets and the moon). Many of these objects have been extensively studied by professional astronomers as well. They are numbered by their order of discovery.

Although Charles did the world a great service by cataloging these objects for the first time, his work falls one step short of completion. He did not rank the objects. That is where we come in. 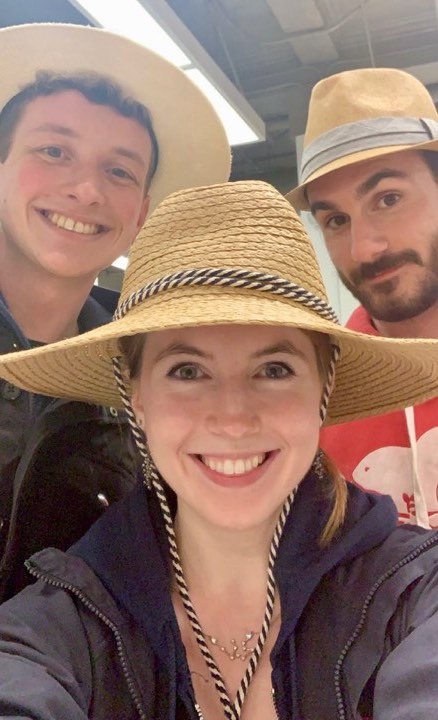 We are Nicholas Mehrle (left), Kaley Brauer (center), and David Berardo (right), all graduate students at the MIT Kavli Institute for Astrophysics and Space Sciences. We all study astrophysics and spend our days attempting to unveil the secrets of the cosmos, and properly order the Messier Objects.

@NicholasMehrle
works on characterizing exoplanet atmospheres, using the particular colors of light emitted from these planets to determine things like their temperature and composition. He hopes to develop the techniques to one day study the atmospheres of Earth like planets for signs of life.


@KaleyBrauer
uses computer simulations to answer questions about how the Milky Way galaxy came to be. She is interested in how smaller galaxies can merge together to form the Milky Way, and attempts to recreate the process on her computer.


@DavidBerardo_
focuses on how we can find new exoplanets, particularly those farther away from their stars, which have the potential to be more earth-like. He also thinks about what the exoplanet population as a whole is like, attempting to put our solar system into context in the galaxy.